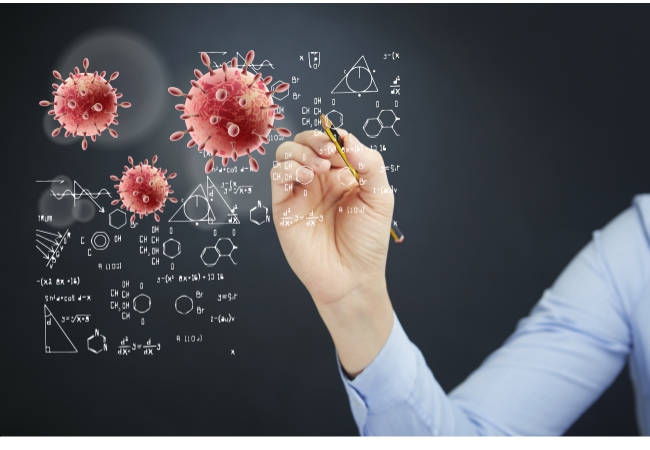 Based on the report of the World Health Organization (WHO), everyday, more than one million people are infected with sexually transmitted diseases globally. Approximately 367 million people are newly infected with chlamydia, gonorrhea, syphilis, and trichomoniasis annually. Similarly, another 500 million individuals are globally estimated to suffer from genital infections, with Human Papillomavirus (HPV) infection being the most common.  Sexually transmitted infections are a collection of diseases spread from one individual to the other through sexual intercourse of any form. These diseases spread from one person to the other only through sexual contact with an infected person. While anyone is at risk of contracting any disease, sexually transmitted infections tend to be unique in that they are predicated on an individual’s sexual behavior. Irresponsible sexual behavior is often cited as the leading cause of all sexually transmitted diseases. When individuals engage in unprotected, reckless sexual behavior, contact of bodily fluids from an infected person to the other forms is the primary medium of transmission of these diseases.

Chlamydia remains the primary sexually transmitted bacterial disease in the United States. The infection affects both males and females and can result in irreversible complications in a woman’s reproductive system. If not adequately treated can result in sterility, especially in women. In addition, pregnant women infected with chlamydia can transmit the infection to their unborn babies during delivery, resulting in either pneumonia or eye infection. Chlamydia is treated with antibiotics, and it is essential to note that treating chlamydia and Gonorrhea is recommended because it is most likely to be infected by both at the same time.

It is caused by Neisseria gonorrhea. Gonorrhea is a bacterial sexually transmitted disease common in both men and women and is associated with infection of the genitalia, rectum, and throat. The disease symptoms vary based on gender, with a burning sensation during urination, yellow/white/green discharge on the penis, swollen and painful testicles registered among men, and increased vaginal discharge and vaginal bleedings during periods recorded in women. Besides, sexual intercourse between a pregnant woman and an infected person can also pass the disease to their unborn child. It is important to note that Gonorrhea is curable with the proper medication and treatment; however, it may result in health complications in both men and women if left untreated.

According to the CDC, syphilis is a sexually transmitted bacterial disease caused by Treponema pallidum, a bacterium only transferable from one human to another. Syphilis is systemic and divided into stages based on its severity in the body; the first stage of the disease is characterized by forming a painless chancre at the point of entry of the disease to the human body, usually the genitals or the anus. These painless sores, commonly known as a chancre, can form in multiple numbers but usually disappear after 3 to 4 weeks, whether treated on not. The disappearance of these chancre forms the beginning of the second stage of the disease as is characterized by the formation of skin rashes mucus wounds, especially in the genitalia and other parts of the body. This stage is also associated with headaches, muscle aches, and swollen lymph nodes. The latent stage is the last stage of syphilis infection and is characterized by little to no symptoms; however, the disease continues to be in the body if not treated. There is also a rear stage of syphilis that usually results from the untreated third stage known as latent syphilis. It is syphilis at its detrimental location associated with multiple organ failure. Diagnosis and subsequent treatment of syphilis start with darkfield microscopy of the Treponema pallidum bacterium; however technological advancements have made blood-related tests possible. Treatment of syphilis varies depending on the severity and stage of infection; however, a dosage of Benzathine penicillin administered to the patient by a medical practitioner prevents the multiplication of the disease. Unfortunately, Benzathine penicillin, while having the power to kill and stop the proliferation of the disease, cannot repair the damages already done by the disease. However, recent studies revealed that men are 6.3% times higher to contract the disease than women, more among gay men. The study also revealed that people between the ages of 25-34 years were more likely to acquire illness due to their active sexual engagement and little education of proper sexual behaviors; this allows medical professionals to prevent the spread of the virus from focusing on one group.

Once declared a global pandemic, HIV and AIDS is arguably the most common sexually transmitted disease globally. HIV attacks the human immune system, thereby rendering it weak and unable to defend itself against opportunistic infections. The result is an acquired immunodeficiency syndrome (AIDS), in which the body is vulnerable to any infection. There are three established stages of HIV, acute HIV infection is the first stage of the disease, and it is characterized by high amounts of HIV in the bloodstream. The body might exhibit flu-like symptoms as a natural response to infection. Only antigen/antibody or nuclear acid tests can prove that one is HIV infected at this stage of infection. The second stage is chronic HIV infection, in which HIV viruses are still active in the body, but their rate of reproduction is low. The end of this stage is characterized by a high viral load and low levels of CD4 cells in the body. Full-blown AIDS is the third and last stage of HIV infection and is characterized by a weakened immune system such that the body is susceptible to any form of infection. While there is no ultimate cure for HIV, advancement in medication has ensured that progression to full-blown AIDS stage is rear. Abstinence, correct use of condoms, and refraining from shared sharp objects are some of the most effective measures of preventing HIV infections.

Hepatitis B is a liver condition caused by the hepatitis B virus (HBV). It is transmitted from one person to the other through contact with body fluids such as semen or blood, mainly through sexual intercourse, sharing of sharp objects, and from mother to child at birth. Symptoms of the disease include fatigue, jaundice, loss of appetite, and nausea. Vaccination is the most effective way to prevent and cure the disease.

This is a fungal disease caused by a yeast known as Candida albicans, a fungus located inside the body in the gut, throat, and vagina. Multiplication of this fungus beyond certain levels, especially in the vaginal area, can cause infection. It is important to note that it has been argued that candidiasis is not a sexually transmitted infection. However, theoretically, excessive yeast growth starts in the gut and extends the entire digestive tract contacting body fluids such as saliva, oral and anal sex; a transmission mode has also been shown to spread candidiasis. This has made some scholars categorize candidiasis under STDs.

Caused by a protozoan parasite, Trichomonas vaginalis, Trichomoniasis is a widespread sexually transmitted infection. The majority of the people infected with the disease cannot tell whether they are infected. Based on data from the CDC, more than two million people are infected with Trichomoniasis in the US alone. Out of these, only 30% show symptoms, Making Trichomoniasis one of the most popular STDs in populations in the US and other parts of the world. Symptoms include itching and irritation in the cervix or vulva in women or the urethra in men. Also, burning sensation after urination, or ejaculation,  and discharge from the penis or vagina has been reported. However, treatment with antiprotozoals can eradicate the parasites and stop the infection. Gonorrhea, syphilis, HIV/AIDS, Hepatitis B, Candidiasis, and Trichomoniasis are common sexually transmitted diseases (STDs). The above mentioned comprise the most reported cases of sexually transmitted infections. Their symptoms vary greatly based on the severity and stage of illness, such as Trichomoniasis, which can live in people without showing any signs and symptoms. While advancement in technology and research has made most of the STDs curable, others, such as HIV/AIDS, still do not have ultimate care. Abstinence and responsible sexual behavior form the most effective ways of preventing the spread of these diseases.