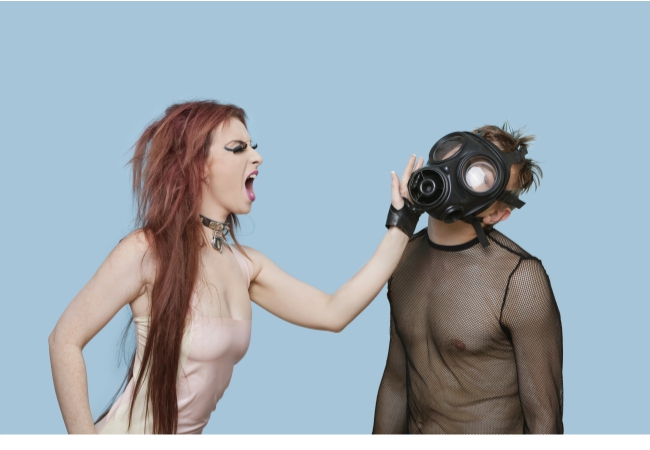 Based on the United Nations (UN) definition, domestic violence is the array of behavior in which the rapport is used to retain or gain control or authority over the intimate spouse. Domestic violence has also been defined as a type of maltreatment in a homosexual or heterosexual romantic relationship between adolescents or adults. Domestic violence and abuse may occur to any individual since it does not discriminate. Abuse and violence occur in all economic levels, ethnic backgrounds, and age ranges. Although women tend to be victimized, recent reports have shown that men are also subject to domestic violence, especially emotionally and verbally.  Romantic partner abuse has been identified as a health issue since it affects over two million women and 800 00 men while resulting in the death of victims, injury and homelessness.

When domestic violence and abuse are discussed, most people assume that domestic violence only involves physical assault, leading to visible damage. However, physical assault is just one of the abuses among many others as there are various classifications of abusive behavior, and each of them has adverse impacts on the victims. The severity of the physical abuse may have a higher risk on the victim, including the individual’s long-term consequences that accompany different types of abuse.  Physical abuse includes:

Apart from physical assault and emotional abuse, there is also sexual abuse, which is sometimes challenging to identify or discuss. In most cases, women are required to tolerate tremendous sexual abuse in their intimate relationships, and in some instances, they might not recognize sexual abuse as abuse. Perpetrators often use sexual abuse similarly to physical abuse, where they want to establish control.  Examples of sexual abuse include:

The Causes of Domestic Violence

Domestic violence and various related relationships depend on control and power, where one partner desires to control the other in any form or shape.  In a case where one partner is driven by the desire to dominate, the relationship is highly likely to become violent.  Extensive research on domestic violence has proven that individuals with abusive tendencies typically become violent when they lack control. Childhood experiences have also been identified as one of the key factors contributing to domestic violence, and this happens when one of the partners was subjected to childhood abuse. The individual might understand childhood experiences of domestic violence as the best way to retain power and control in a relationship or family. Economic crisis might also contribute to domestic violence due to debts, house foreclosures, or job loss, increasing stress levels at home, and violence. The financial crisis might limit individual choices for survival to escape or seek safety. Also, insecurities might result in violence in that the victims can try to walk out of the relationship making the abuser become more abusive and retain control.  The perpetrator might feel insure or abandoned, causing more risk for violence for the victims. Abusers might be driven by the need to control due to difficulties in managing anger, extreme jealousy, and low esteem.  Also, some of the perpetrators might be practicing traditional beliefs which make them think they have the right and complete control of their partners and that women are not equal to men.

The Effects of Domestic Violence

Domestic violence tears the lives of the family and victims apart. The effects on the victims are profound, including psychological and emotional trauma, including suicide, shame, and anger.  The victim might also be seriously injured, become disabled, and some die.  Victims might also become homeless after running away from their homes following consistent domestic violence. Some victims might begin to engage in risky behaviors such as having unprotected sex with strangers, choosing multiple or unhealthy partners, or engaging in sex for money or food.  In other cases, the victims might start using drugs and other illicit behaviors such as driving while intoxicated with alcohol. Domestic violence destroys homes due to break-ups and the creation of fear that separates the family.  The family might become unstable as they frequently move to avoid the offender. Children are also heavily affected by domestic violence, such that they may suffer from emotional distress, low self-esteem, and self-harm, academic struggles, and trouble building positive relationships.  The reproductive and sexual health of the parties involved, especially women, might be affected.  Some women get unwanted pregnancies; others may conduct abortions; there is also chronic pelvic infection and vaginal infections or bleeding.

Victims must agree that they are in an abusive relationship or being used. The victims of domestic violence are often encouraged to talk to their neighbors, friends, co-workers, and family concerning the domestic violence that they are experiencing. Developing a safety plan is crucial to handle a crisis or emergency; individuals must reflect on providing a secure environment for their children and themselves.  Victims must make plans on how to safely get out of their homes so that they can leave when violence begins.  It may be vital for the victims’ relatives, neighbors, or friends to call the law enforcement authorities. Therefore, people should not be scared to seek immediate help since domestic violence is a crime. The victims should also seek medical treatment as some of the injuries need medical treatment. Victims who have been sexually or physically abused should see a healthcare provider for a medical checkup.

Domestic abuse and violence can be prevented by teaching people healthy and safe relationship skills. There should be healthy relationship programs for married and unmarried couples to teach them about building healthy relationships. Influential peers and adults should also be involved in the prevention of domestic violence through education and bystander empowerment. Teen dating violence prevention programs should not also be formed to enable teenagers to report domestic violence and be prevented from the effects of domestic violence. The survivors of domestic violence should be supported to lessen harm and increase safety, and this can be done by creating housing programs and focusing on patient-centered approaches. Domestic abuse can also be prevented by enhancing access to justice and services such that the victims can have confidence in getting assistance and justice for the crime. Providing temporary protection and leave against dismal can also help in preventing domestic violence.  Leave assists the individuals experiencing domestic violence to seek counseling, attend course hearings and seek medical help. Also, providing leave ensures that the victims of abuse do not find themselves in a dilemma whereby they must choose between keeping their job and leaving their abuser.

In summary, domestic violence is a severe problem in society that has been increasing for the past recent decades and which cuts across geographical, economic, religious, social, and cultural boundaries. Domestic abuse against females deprives them of their full to take part in economic and social life entirely.  As explained in this essay, domestic violence causes various mental and physical health issues, and in some instances, it has led to the loss of life. Domestic violence can be prevented in many ways, including developing policies that support and recognize victims to reduce the costs linked with domestic abuse. Realizing the effects of domestic abuse in society is crucial to the wellbeing and health of the victims; hence prevention of domestic abuse is always essential and possible.