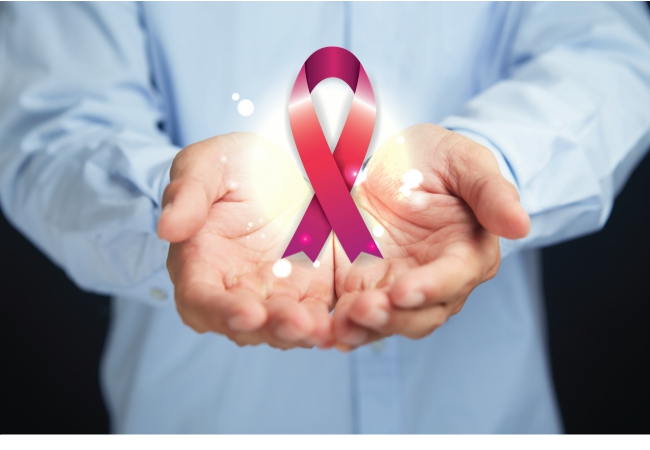 The human immunodeficiency virus (HIV) affects immune system cells, which are the body’s natural defense against sickness. T-helper cells, also known as CD4 cells, are immune system white blood cells that the virus destroys and multiply itself. By eliminating more CD4 cells and replicating themselves, HIV progressively deteriorates one’s immune system; this implies that HIV-positive people who are not on medication may have a more challenging time-fighting infections and diseases. Acquired immune deficiency syndrome (AIDS) is a group of signs and symptoms secondary to untreated and uncontrolled HIV infection. Historically, HIV was detected for the first time in 1981 when an individual’s immune system could not fight the infection.

HIV was initially transferred to humans by blood transfusions during hunting in the 1930s when it was discovered in virus-specific chimps in some parts of West Africa. The virus spread through the continent and to other parts of the world. However, it was not until the early1980s that the world becomes aware of HIV and AIDS, when unusual types of pneumonia, cancer, and other ailments were reported to doctors. Since then, several significant events and discoveries in the field of HIV and AIDS have occurred.

The discovery was released in 1981; young gays in the United States are being diagnosed with an extraordinarily high incidence of uncommon kinds of pneumonia and cancer. Because it is considered to afflict gay males mainly, the condition is first known as gay-related immune deficiency (GRID). By the end of the year, there were also cases recorded among injection drug users. The condition was termed AIDS in 1982; and In March, Canada reports its first AIDS case. It has been discovered that HIV can be transferred sexually and is the cause of the infection. Cases have been documented in people who have received blood transfusions.

HIV copies itself in the body without antiretroviral treatment, causing more harm to the immune system. HIV stages are classified into three. Stage one is where an individual demonstrates flu-like signs; other signs may include throat irritation, febrile illness, headache, and pains in the joints. The second stage is asymptomatic. After a person has gone through the acute primary infection stage, they may feel better. HIV can go unnoticed for ten years without causing any additional symptoms depending on age, background, and overall health. The third stage is where a person’s immune system is significantly compromised and is more vulnerable to opportunistic infections such as tuberculosis and pneumonia..

HIV can infect anyone; the virus is spread through bodily fluids such as blood, semen, fluids in the rectal, milk from a mother, and virginal canal. HIV can be passed on in various ways, including the most prevalent form of transmission is through vaginal or anal intercourse. By exchanging needles, syringes, and other injectable drug-related things. During pregnancy, labor, or delivery from a pregnant person to their infant, by sharing tattoo equipment without disinfecting it between usage. Breastfeeding babies exposes them to HIV-positive persons’ blood, sperm, vaginal fluids, and breast milk: chewing baby’s food before feeding them. Blood transfusion or organ and tissue transplant can also spread the virus. However, in the United States, strict HIV testing among blood, organ, and tissue donors guarantees that it is very unlikely to get infected with HIV or AIDS these procedures..

HIV can Theoretically be transferred through a variety of routes. However, this is highly unusual. Oral sex only if the person’s gums are bleeding or there are open sores in the mouth. Being bitten by an HIV-positive person only if the saliva is bloody or the persons’ mouth has open sores. Contact between broken skin wounds or mucous membranes and HIV -positive blood.

The only method to find out if you have HIV is to undergo HIV testing. Several sorts of tests are used to determine whether you are infected by looking at your blood or other body fluids. Most people cannot detect HIV immediately away because it takes time for your body to produce antibodies or enough virus inside of you. HIV testing is essential; if you have the virus, knowing out as soon as possible allows you to begin treatment and feel better, allowing you to live a long and healthy life and take precautions if not infected.

Living with HIV necessitates extra self-care, and they should integrate into their way of life healthy practices like making sure you are having Safe sex is the most vital among others.  Use condoms to prevent the spread of HIV and to protect yourself and your partner against other sexually transmitted diseases and other kinds of infections. Getting additional testing for sexually transmitted diseases (STDs) is also essential because HIV can also be aggravated by STDs, hastening the disease’s progression and because many STDs do not present warning signs.

Infections should be avoided because HIV deteriorates one defense system. However, failing to take medication, even for a day, can allow the virus to develop resistance to drugs. Rendering them useless against the infection ensure to take medication every day at the same time and have your prescription at all times, in case you are far from home, you do not miss medication.

Do not use drugs or consume an excessive amount of alcohol. Excess drinking and drug use can cause depression. Quit smoking; quitting smoking is suitable for everyone. Stopping tobacco use will help you live a better and more fulfilling life. Because HIV-related stress can exacerbate depression, you treat physical and mental health issues. Depression can exacerbate HIV-related physical pain. Finally, both the mind and the body should be exercised to maintain psychological and physical health. Regular walking and jogging can help you stay physically fit while also reducing stress and depression.

Treating HIV involves taking a drug that lessens HIV in your blood. All patients with HIV, regardless of how long they have been infected or how healthy they look, should begin treatment as soon as possible after diagnosis. Any medical issue you have and the drug you are taking should be discussed with your healthcare provider. Treatment should not be delayed because HIV progress to destroy your body’s defenses. Delay will put one in danger of developing AIDS.

HIV in the blood is lessen by treatment, and viral load is the quantity of HIV in the blood. Using HIV medication as instructed will help you maintain your viral load low and keep your CD4 cell count high. In addition, treatment helps to stop transmission to others. If viral load is undetectable, then there is less risk of spreading HIV to a partner during sex. Having surpassed the virus can also stop transmission from injectable drug use. Undetectable viral load also prevents a mother from infecting the baby during labor and breastfeeding if a mother is prescribed antiretroviral drugs  during pregnancy.

Antiretroviral drugs such as Abacavir (Ziagen), Lamivudine (Epivir), and Emtricitabine (Emtriva) are for HIV management and treatment; however, HIV and AIDS have no cure. Appropriate medical care can help manage HIV; the virus can be controlled within six months. HIV drugs do not stop the transmission of other sexually transmitted diseases; antiretroviral drugs can bring down the viral load to the point where a laboratory test can not detect it. If viral load decreases following HIV treatment, it implies the treatment is effective.

About two million HIV infections occur every year worldwide, and there is a pressing need to improve HIV prevention programs that combine biological and behavioral approaches. Pre-exposure prophylaxis (PREP) for persons who participate in recurrent high-risk behaviors and post-exposure prophylaxis (PEP) after acute high-risk exposures are the two potential bio-behavioral approaches utilized to reduce HIV transmission.

There is no cure for HIV and AIDS, however, researchers are working hard to develop a cure for HIV/AIDS. HIV and AIDS are manageable health conditions, and one can still live a happy and healthy life with them. However, adhering to treatment might be challenging; considering side and adverse effects of antiretroviral drugs such as diarrhea and nausea which may lead to noncompliance with treatment regimen. It is recommended to contact a healthcare professional if any of these symptoms occur.