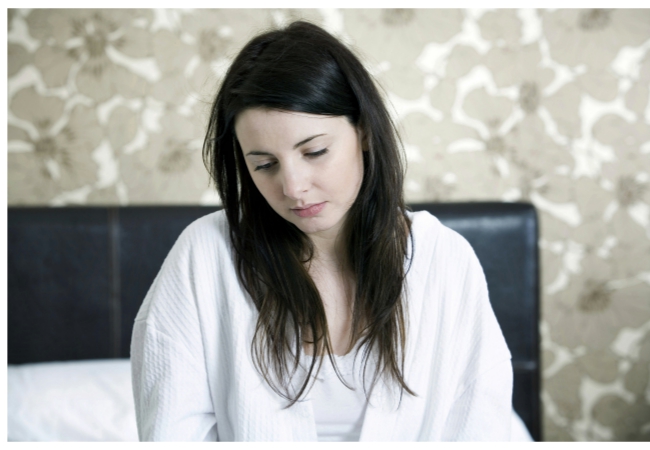 Uterine fibroid is a condition characterized by growths of the uterus, which are non-cancerous and typically develop during the childbearing stages of a woman’s life. The growths vary in size, with some being tiny, making them detectable by the human eye. Others are large enough to the extent of distorting and enlarging the uterus. Fibroids are classified according to their location. Growths within the muscular uterine wall are known as intramural fibroids, while those bulging into the uterine space are called sub-mucosal fibroids. The last class of fibroids is those that grow out of the uterus and are known as subserosal fibroids.

In addition to being a woman, there are risk factors such as age. Black women are at higher risks of getting fibroids compared to women from other races. This is because the manifestation of fibroids in women starts at a lower age, where the fibroids are more in number and size, and the symptoms are more severe. In addition, the onset of menstruation at early stages in life, hereditary factors, deficiency of vitamin D, low green vegetable nutrition and high red meat diet intake, and taking alcoholic beverages increase the chances of getting uterine fibroids.

Fibroids in many women display no symptoms. However, the symptoms are influenced by the location, number, and size of the fibroids present; some of the symptoms include pelvic pain, constipation, back and leg pain, frequent urination. Additionally, patients have heavy menstrual bleeding and may last for more than one week.

Clinical experience indicates that fibroids arise from genetic changes. If genes change and differ from those in the normal uterus, fibroids are likely to occur. Hormones such as progesterone and estrogen promote the growth of fibroids. Research has indicated that the amount of progesterone and estrogen receptors compared to normal uterine cells. Additionally, fibroids shrink with the inception of menopause due to a decline in estrogen and progesterone. Extracellular matrix increases in fibroids making the cells more fibrous. Additionally, the extracellular matrix stores growth factors making biological changes in the uterine wall cells.

Little evidence is available on how to prevent fibroids. Only a small percentage of the growths require treatment. Decreasing the risk of fibroids requires incorporating diets with fruits and vegetables and maintaining an average weight. Contraceptives such as Oriahnn, GnRH agonists, and oral Tranexamic acid are linked with low risks of getting uterine fibroids.

Pelvic pain is the most noticeable symptom of endometriosis, especially during menstrual pain. Pain may come before the menstrual cycle and extend for more days after the cycle, accompanied by back and abdominal pains. The pain usually is during and after sex for patients with endometriosis. Additional symptoms include pain when urinating or bowels are moved and infertility.

Development of endometriosis may arise from a patient never giving birth, short menstrual cycles, and starting menstrual cycles at an early life stage. Other factors include menstrual cycles that last for more than seven days, low body mass index, abnormalities in the reproductive tract. In addition, any clinical conditions that may hinder the movement of menses out of the body and high estrogen levels in the body may trigger endometriosis.

Complications that result from endometriosis include infertility. Endometriosis obstructs the fallopian tube, which inhibits fusion between the sperm and egg cells. Additionally, the condition may destroy the sperm, making fusion and implanting the egg and sperm impossible. Ovarian cancer is higher in endometriosis patients compared to any other kind of patient.

Pain management is one of the many ways to handle endometriosis. Common drugs used are non-steroidal inflammatory drugs. Treatment with hormonal therapy such as oral contraceptives is used for managing the condition by lowering the amount of estrogen in the body. Surgical procedures such as laparoscope might be used to take out affected tissue and increase the chances of a patient becoming fertile.

Women develop a hormonal health disorder during the reproductive stage of their life, and it is known as polycystic ovary syndrome (PCOS). Patients suffering from PCOS have excess amounts of androgen hormone and their periods occur longer than expected. Numerous and tiny fluid collections can develop on the ovaries, making them fail to release ova. Currently, the causes of PCOS are not apparent. Once an individual experiences a change in their periods, they should consult a doctor for early detection and control.

Development of symptoms occurs firsts at puberty when the first menstrual period appears. Additionally, the condition may arise later in life due to weight gain. Irregular and prolonged periods are signs that a patient has PCOS. Excess levels of androgen hormones, male hormones in a female, results in physical symptoms such as excessive hairs on the body and the face. Moreover, a patient might have severe acne and a baldness pattern resembling that of males. Besides, the ovaries and follicles surrounding the eggs may become enlarged, making ovaries malfunction.

Various factors play in contributing to PCOS. First, excessive insulin levels in the body might lead to raised androgen levels which causes difficulties in ovulation. Second, low-grade inflammation, which is common in patients with PCOS, stimulates androgen production by the polycystic ovaries. The results are heart and blood vessel problems. Third, the ovaries might also produce elevated levels of androgen, which results in acne and hirsutism. Lastly, PCOS might arise from hereditary issues where the disorder’s related genes are passed from a parent to the offspring.

Pregnancy complications might arise if a pregnant woman has PCOS; this includes miscarriage, ectopic pregnancy, high blood pressure, and early birth. Heart-related problems also increase due to the presence of PCOS. PCOS results in cardiovascular conditions due to high blood pressure, high cholesterol levels in the blood, and increased inflammatory proteins. In addition, women suffering from PCOS have more chances of getting prediabetes and diabetes type II than PCOS-free women. Endometrial cancer is also likely to occur if a patient is diagnosed with PCOS.

Treatment of PCOS involves changes in an individual’s lifestyle as well as medication. The focus on PCOS treatment is managing specific patient concerns such as obesity, infertility, and hirsutism. Lifestyle changes that will help a patient reduce weight are some of the treatment options for PCOS. Weight loss may be achieved through exercise and low calories diets intake. Limiting carbohydrate diets is recommended to manage PCOS. High carbohydrate content diets should be substituted with carbohydrates that elevate the blood sugar levels at a slower rate. Medications can be used to regulate a patient’s menstrual cycles, which might include a combination of birth control pills containing progestin and estrogen. Such pills help in reducing the levels of androgen produced in the body and regulates estrogen as well. Period regulation can be achieved through an intake of progestin for almost two weeks every one to two months, which further helps protect against endometrial cancers.