Reproductive Health Issues: The Impact on Men and Women 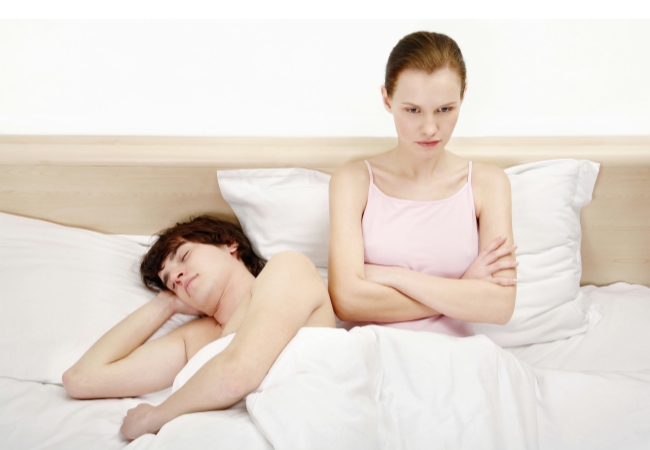 Reproductive health issues are diseases that affect the reproductive system. The above definition brings together all disease that affects the reproductive system tracts, genital abnormalities, and cancers of the reproductive systems. The issues could also include any significant dysfunction of the systems as their ultimate impact is reduced efficiency of the reproductive system. Men and women alike suffer from reproductive disorders that significantly lower their viability. The available research greatly associates such observations with unjustified current lifestyles, such as taking in too much calories with little or no physical activity. Generally, to avoid most of these issues, if not all, people are encouraged to adopt the most recommendable lifestyles like frequent exercise and consumption of balance diet for overall well-being. However, in most cases, consulting a healthcare professional is highly recommended as majority of this disorder may require more than just food and physical activity. The most common reproductive issues among males are erectile dysfunction, premature ejaculation, and infertility, while in females, they are cervical cancer, endometriosis, and interstitial cystitis.

Types of the Reproductive Issues

While dysfunction with male reproductive systems is mainly viewed as a weakness resulting in majority of men with such health issues to feel depressed and uncomfortable to discuss about and obtain treatment. Among the most challenges is erectile dysfunction. However, the condition is strongly believed to have a psychological, physical, behavioral, and iatrogenic implications; suggesting that there are several factors that could be associated with erectile dysfunction. The condition can be defined to indicate the lack of an erection enough to satisfy sexual desires. The situation is closely related to age, in that, advancement in age increases one’s chances of experiencing erectile dysfunction.

The second type is premature ejaculation which happens to be a significant concern with men. A man who experiences premature ejaculation lacks enough sexual pleasure and consequently denies his partner the same. It is a significant health concern that needs to be addressed and treated. Similarly, male infertility has proven to be another major issue affecting men. Male infertility results in couples not getting children even after having series of unprotected sex, especially within one year or even longer. The issue is of major concern amongst married people resulting to one in every seven couples having infertility issues.

Women also face the threat of suffering from several reproductive issues. Among the most common is cervical cancer; a health condition under gynecologic cancer, which is defined as any cancer related to female reproductive system. Despite the matter being related to the reproductive system, the fact that it is cancerous makes it more serious. It has caused many people to lose their happiness and lives; and in some cases, it can spread to the various organs and parts of the patient’s body.

Another female reproductive health issue is endometriosis which is recognized as a problem that affects the women’s uterus; the uterus is part of the woman’s reproductive system that accommodates the fetus or the unborn baby upon conception until they reach nine months, then delivered. Other related conditions are interstitial cystitis and polycystic ovary syndrome; these conditions are chronic and can cause complications and pain in the bladder and the pelvis. The situation is so discomforting, with the associated pain level ranging from mild to severe.

It is crucial to address each reproductive health issue and its specific causes separately in order achieve an optimal and holistic positive treatment outcome. Erectile dysfunction, for instance, is believed to be a result of inadequate blood flow to the corpora cavernosa found in the penis. However, as most people may think, the issue is more of inadequate blood flow than hormonal imbalance. Premature ejaculation, on the same note, is caused by psychological factors, which may include depression or  anxiety. Thus, during sex, freedom from depression and stress is highly recommended as these may interfere with performance and the desired sexual pleasure.

Male infertility, on the other hand, being part of the male reproductive health issues, may be caused by varicocele which is the swelling of the veins that drains the testicles. Primarily, varicocele is an issue associated with abnormal blood flow in the testicles. Additionally, the condition could also be caused by infections that interfere with sperm production, resulting in low quality or quantity of sperm. However, undescended testicles are similarly the probable causes of this condition; this condition during the formation of the fetus, whereby one or all the testicle fails or fail to descend from the abdomen.

Women also have specific causative agents to  blame for most reproductive health issues. For instance, endometriosis happens when the uterine lining forms outside the uterus instead of the inside. The other health concerns associated with the female reproductive systems, as mentioned above, are cancerous, and the specific causes cannot be established. Still, cervical cancer can be related to prolonged infections with some types of human papillomavirus (HPV).

The conditions mentioned above require that they are managed and treated appropriately. Most of them may not respond adequately to treatment, however, treatment must be initiated to minimize symptoms and prevent complications.The way to manage erectile dysfunction, for instance, is to determine any underlying cardiovascular abnormalities and administer treatment accordingly. Treatment of this health condition involves taking phosphodiesterase type 5 (PDE5) inhibitor, a specific medication that promotes the dilation of blood vessels and relaxation of smooth muscles causing blood flow to the penis thereby prolonging erection and enhancing sexual satisfaction..

In addition, managing premature ejaculation is to rectify the situation by administering a daily selective serotonin reuptake inhibitor, which is intended to delay ejaculation as expected within 1-2 weeks of the treatment. The way to manage male infertility requires addressing and treating the causes effectively to ensure that complications do not result to sterility. In managing male infertility; also, physicians need to suppress the effects of varicocele although the available research indicates that the approach would not be curative to the above mentioned conditions; but somewhat effective in managing the symptoms. Treating male reproductive issues would require an individual to seek medical assistance for appropriate diagnosis and treatment.

Among the issues identified in both males and female; female reproductive issues generally tend to be more sensitive depending on the mode of treatment. However, the other types of cancers related to females, cervical cancer is among the major health concerns that require attention. Individuals diagnosed with cervical cancer or cancer-related condition undergo chemotherapy if the oncologist sees the reason and need for this method of treatment. Radiotherapy or surgical removal of the tumor are also some forms of treatment options for most specific conditions based on disease stage and individual’s immune system.

Endometrial cancer also is worth mentioning; this condition can be managed through chemotherapy, radiation, hormone therapy, or surgical removal of the uterus. Pain is usually managed and controlled with nonsteroidal anti-inflammatory drugs (NSAIDs) such as Ibuprofen (Mortrin) which is an over-the-counter painkiller alongside a prescription drug such as the tricyclic antidepressants (TCAs) like the Amitriptyline to enable relaxation of the bladder and blocking of pain. Hormone therapy is also a treatment option that helps to reduce the pain that patients with endometriosis may experience. As such, it is recommended to utilize various other treatment options to supplement the above mentioned recommended treatments. Furthermore, most times, interstitial cystitis resolves by itself, however, physical therapy and oral medications, among various treatment options may be required.

This article throws in light to various reproductive issues that affect both men and women; along with their corresponding management and treatment options. In addition, it highlights that males are greatly affected by erectile dysfunction, premature ejaculation, and infertility issues. The way to manage the above health conditions is to check for any cardiovascular disorders that would potentially affect achieving adequate erection and administer a PDE5 inhibitor. In premature ejaculation; this condition can be treated with a daily selective serotonin reuptake inhibitor (SSRIs), which is intended to delay ejaculation. As for female’s disorders, surgical removal of the affected tissues and appropriate medications based on the recommendation and approval of a healthcare professional as the management and treatment options for the disease.