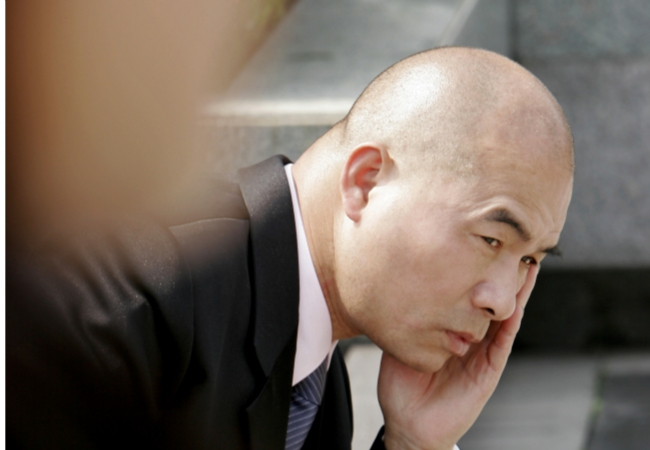 The exact cause for prostate cancer, as it is with other types of cancers, is not easy to identify. Under many circumstances, several factors are entailed, for example, exposure to environmental toxins such as radiation and chemicals and genetics. The mutation in an individual’s genetic material or DNA has a likelihood of leading to the growth of cancerous cells. Mutations contribute to cells within a person’s prostate to begin growing abnormally or uncontrollably. Cancerous or abnormal cells grow and divide continuously to develop a tumor. Some people might encounter aggressive prostate cancer, where the prostate cancer cells leave their original tumor site and end up spreading in other parts of the body.

This is one of the most significant risk factors for this disease. It is a disease that is not usually found in young men. The Prostate Cancer Foundation reports that for those aged 40 years and below, only 1 in 10,000 men is likely to be diagnosed with prostate cancer. However, this number increases to 1 in 38 for those aged between 40 and 59. Most of the cases of people diagnosed with prostate cancer are men over 65 years.

The area or region where people reside has a likelihood of influencing developing prostate cancer. For instance, there are lower incidences of prostate cancer for Asian men living in America than other races. Statistics also show that Asian men residing in Asia have a lower probability of developing the disease. In addition, the American Cancer Society reports it; the disease is more prevalent in the Caribbean, North America, Australia, and northwestern Europe than in Africa, Asia, and South America. It is also noted from the Prostate Cancer Foundation that men in the U.S and living north of 40 degrees’ latitude are at high chances of dying from the disease as compared to those residing further south; this is because of the lower levels of sunlight and vitamin D that men in the northern climates receive. Lack of vitamin D in men may promote their risks of getting prostate cancer.

Treatment and Management of Prostate Cancer

This method of treating prostate cancer patients is very much effective and proven. Those patients in good health and have a tumor within their prostate gland can choose surgery to remove it.  Several types of surgery are considered appropriate for treating prostate cancer, including the use of radical prostatectomy. This is a procedure that aims at prostate removal. At the same time, other organs like the nearby lymph nodes can be removed. This surgical procedure includes many types, such as laparoscopic radical prostatectomy, which is robot-assisted. During this process or surgery, minor cuts are made in the abdomen walls. Then, an instrument is inserted by a surgeon with a camera via one of the openings. The other opening robotic arms are used to insert surgical instruments. The purpose of the camera is to offer the surgeon a view that is 3-dimensional of the surrounding and, more so, the prostate. Therefore, the robotic arms are used to undertake the surgery under the surgeon’s watch on a computer.

There are some occasions where surgeons would like to save the nerves that manage penile erection through nerve-sparing surgery. Nevertheless, some patients have tumors very close to the nerves or large tumors where this method is not applicable. Surgery may seem to be a good method for treating prostate cancer, but the patient is experiencing the following complications after surgery. Some patients end up having urine leakage from the bladder, shortening of the penis, and also impotence. This is an implication that prostate surgery should carefully be done to assist patients from experiencing lifetime problems.

One problem with cancer cells is that they continuously grow. This method of treating prostate cancer employs drugs to either kill or stop by killing the cells or stop their growth through diving. Chemotherapy is administered through an injection or by mouth into the muscle or a vein. The drug can reach the bloodstream, particularly the cells resulting in malignant growth in the entire body. In this prostate cancer treatment method, a drug known as docetaxel was proven to improve men’s survival in 2004. The drug has consistently been used as the mainstay of chemotherapy. It is used together with other drugs during chemotherapy to help treat prostate cancer. For instance, the use of androgen deprivation therapy (ADT) and Taxotere was found through a study at the Dab-Ferber Cancer Institute. It nearly extended the survival rate of metastatic prostate cancer patients by more than 13 months.

These are treatment options that are used with aged people. These are the patients who have not yet shown symptoms and signs or whose prostate cancer is discovered in the course of another screening test. The conditions of these patients are closely monitored without prescribing or advising for any treatment up to a point when the symptoms and signs begin to show or appear. At this time, the treatment given aims at promoting the quality of life through relieving the symptoms. Active surveillance entails following the patients’ conditions closely but without any treatment unless test results changed. It is a measure that helps identify early signs of prostate cancer due to the worsening of the patient’s condition. Patients are taken through tests and exams, such as PSA test, transrectal needle biopsy, and digital rectal exam. Once cancer starts to grow, appropriate treatment can be given to cure cancer.

The Food and Drug Administration has confirmed several types of drugs for use with prostate cancer patients. For instance, bisphosphonate drugs are utilized during bisphosphonate therapy to treat prostate cancer. These drugs include zoledronate or clodronate, which help reduce disease attacks to the bones after realizing that cancer has spread. Patients exposed to therapies like orchiectomy stand a high chance of experiencing bone loss. However, the administration of bisphosphonate drugs can help slow or prevent the growth of bone metastases. Other recommended drugs include degarelix, docetaxel, and flutamide.

Prostate cancer is common disease of the male gender worldwide. It is a condition that is causes stress to the male population globally; however, it is treatable especially when diagnosed early and the appropriate treatment initiated. In addition, prostate cancer patients need not to lose hope once diagnosed with this disease because treatment options like drugs, chemotherapy, and surgery can help manage and treat their conditions.