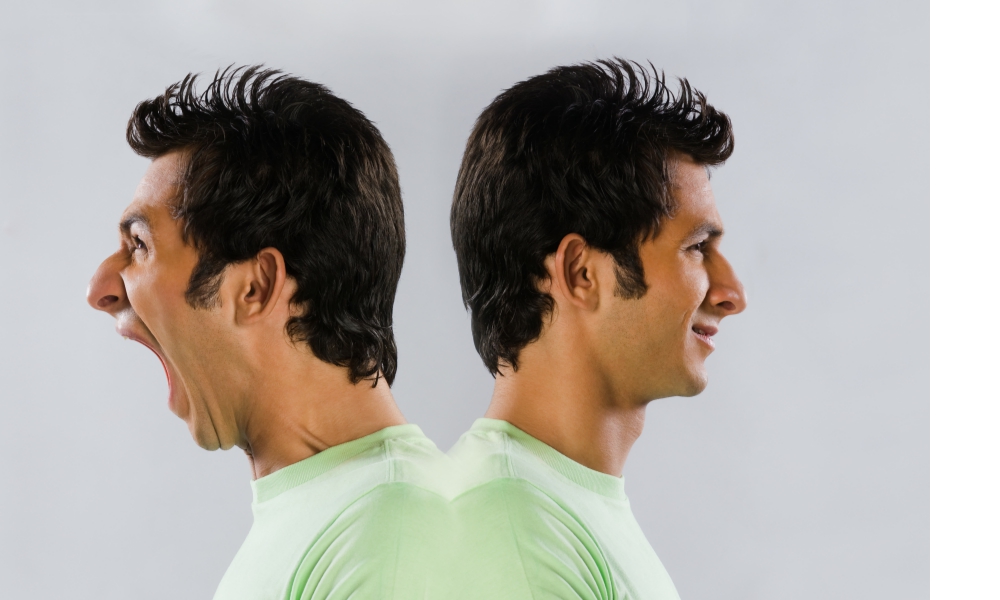 Bipolar is a mental health condition that is characterized by extreme mood swings that could include having high emotions (mania) and sometimes being exceptionally low (depression). When people are depressed, they feel sad, detached, sluggish, and hopeless, and sometimes they even lose interest in most activities. On the other hand, when they experience high emotions, they are full of energy, happy, and even overly confident. Because of these two distinct moods, they are thought of as two different poles hence bipolar. During mania, some people can hallucinate where they hear things that are not real or can experience delusions where they believe in things that are not true. During a manic episode, people are also likely to become easily annoyed, jabber, and indulge in unprotected sex.

Additionally, they may involve themselves in drug use, shopping sprees, ambitious ideas, and during such episodes, they may experience lack of sleep and appetite. People experiencing manic episodes may also be highly creative. During periods when one is experiencing depression, they usually feel hopeless and worthless, leading to suicidal thoughts. Depression resulting from bipolar will typically last at least two weeks, with manic episodes going on for a couple of days or even weeks. Bipolar is not a rare disorder, and it is reported that at least 2.8% of adults in the United States have been diagnosed with bipolar. This paper intends to discuss bipolar disorder, its types, modules of treatment, and types of drugs used.

The ratio of men and women diagnosed with bipolar disorder is almost equal, even though symptoms may differ. In women, they are more likely to be diagnosed later in life, mostly in their 20s and 30s. They experience milder manic episodes; there is also a higher chance that they will experience alcohol use disorder in their lifetimes. They are also likely to experience other conditions while battling bipolar, including having anxiety disorders, obesity, migraines, and thyroid disease. Women are also prone to rapid cycling, which means they would experience manic episodes and depression four or more times in a year. Because of the hormonal changes in women brought about by menstruation, menopause, and pregnancies, women are more likely to relapse. Men are diagnosed earlier in life. The ones indulging in substance abuse have more severe manic episodes, and they act out during these manic episodes. Women with bipolar are more likely to seek medical attention than men. Men with bipolar are also more likely to die as a result of suicide. The exact cause of bipolar is not known; however, life-changing events, experiencing high-stress levels, having extreme problems in life, genetic and chemical factors could trigger an episode. Sometimes people are diagnosed with bipolar because of genetics, and the disorder runs in their families. Physical changes in the brains of those that are diagnosed may also help in the pinpointing of causes.

There are several types of bipolar disorder; this includes Bipolar I disorder, a condition whereby an individual experiences at least one manic episode before or after which they may experience hypomanic or depressive episodes. During this, one may depict very erratic behavior with manic episodes that are so severe that they may need medical attention. These manic episodes may last up to a week. Depression and low periods may last up to two weeks. The mania may, in some cases, trigger psychosis. This type affects men and women equally. Bipolar II occurs where you depict erratic behavior with highs and lows, but it is not as extreme as Bipolar I. Finally, one experiences a major depressive episode or a hypomanic episode, but they never experience a manic episode.

Bipolar II disorder is not a milder version of Bipolar I disorder but a different diagnosis. The manic episodes experienced by those suffering from Bipolar I disorder can be dangerous and are severe. On the other hand, those with Bipolar II may experience depression for long periods, and this may cause significant damage. Cyclothymic disorder is where one experiences periods of depressive behavior and manic episodes. It lasts at least a year in children and at least two years in adults. The symptoms in this type are not as severe as Bipolar I or Bipolar II disorders. There are other types of bipolar and related disorders that are induced by drugs, alcohol, or certain medical conditions such as a stroke or Cushing’s disease. With any bipolar type, indulgence and misuse of drugs and alcohol may trigger further episodes.

Bipolar disorder is a condition that requires long-term care and treatment. Those who have at least four or more episodes a year and have alcohol and substance abuse issues can have illnesses that are more difficult to treat. Treatment may be in medication, counseling, natural remedies, and the adoption of lifestyle changes. A person may be required to take medication that includes mood stabilizers such as lithium, antidepressants, antipsychotics, and anxiety medication generally used for short-term treatment. It may also take some time to find the right combination for a particular person, it is essential to take the medication strictly, and any changes or stoppages should only be done in consultation with your doctor.

There are also natural remedies that a person with bipolar disorder can adopt. These methods must be adopted after consulting a doctor as they may interfere with your medication. Some supplements and herbs may help stabilize your mood. People who consume a lot of fish and fish oil are less likely to develop bipolar disorders. One can consume fish naturally or get the same nutrients from over-the-counter supplements. The Rhodiola Rosea plant may also be beneficial in the treatment of bipolar disorders. Amino acid supplements such as it can be used to ease mood disorders and some symptoms of depression. There are also several minerals and vitamins that a person can take that ease the symptoms of bipolar disorder.

There are therapeutic lifestyle changes (TLC) a person can adopt. This includes talking to medical doctors about your condition, informing your close friends and relatives about your health condition, getting them to support your treatment plans, and establishing a routine for sleeping and eating. When someone is depressed, they can engage in stressful eating, and having healthy eating habits is critical. Increasing consumption vegetables and fruits, getting adequate sleep every night. It is also essential to stay active by exercising and not isolating yourself from others when you are depressed. There are also psychotherapy treatments that one can get. Cognitive-behavioral therapy is essential because a person gets to talk to a doctor about their condition, understand their thinking patterns, and develop their coping mechanisms.

Psychoeducation helps you and those around you understand the disorder, which allows your loved ones to know how to help you manage it. A person can also regulate their daily habits such as eating and sleeping through interpersonal and social rhythm therapy. A person can also take supplements, sleep medications, and electroconvulsive therapy. Getting help at the earliest possible opportunity is the best way to manage bipolar disorder. Ensuring that minor symptoms do not become full manic episodes, patients are supposed to take their medications accurately, regularly, and on time. Reducing or changing the medication without consultation with a doctor may worsen the situation. You are also supposed to monitor your condition and pay attention to your warning signs to inform your doctor and loved ones if you think you are about to experience an episode. Pay attention and know what triggers your attacks. It is also essential to avoid drugs and alcohol as this may worsen your situation.

People with bipolar disorder need ongoing treatment. Treatment is usually a combination of talk therapy and medications. Drugs are used initially to control the symptoms, and once the symptoms are under control, you would need maintenance therapy to not relapse. Lithium is used as a mood-stabilizing drug and can ease the recurrence of depression and manic episodes. Anticonvulsants are used as mood stabilizers. Antipsychotic drugs are also used as a treatment option. When a person with bipolar is depressed, antidepressants can be used to manage the condition. Benzodiazepines are also used to relieve anxiety. Symbyax is also used as a mood stabilizer and antidepressant.