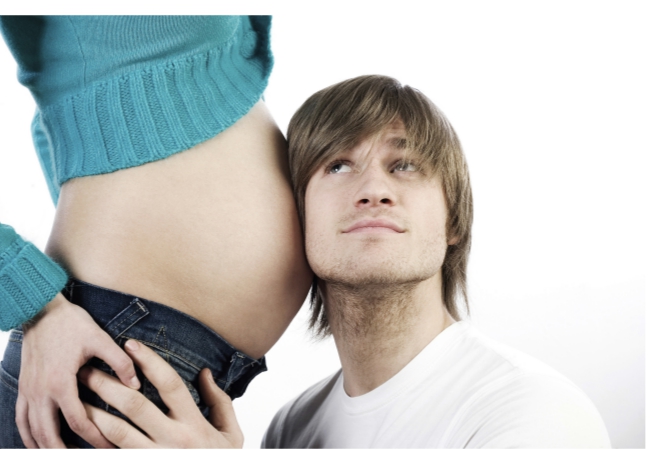 Generally, pregnancy occurs when an ovum is fertilized by sperm after the ovary is released during ovulation. The fertilized eggs then travel to the uterus, where implantation occurs, which results in pregnancy. For instance, an average period for pregnancy last for forty weeks. Therefore, early pregnancy diagnosis and parental care result in a healthy pregnancy. Additionally, several factors can affect pregnancy, such as age, exposure to violence, and mother’s health. Therefore, it is essential to monitor pregnancy for the health of the baby. In my discussion, I will describe the types of pregnancy, causes, and treatment to control the issues. Some kinds of pregnancy include intrauterine pregnancy, singlet pregnancy, multiple pregnancy, and ectopic pregnancy. In addition, I will also discuss some of the common complications of pregnancy.

Intrauterine is a typical type of pregnancy that occurs when the fetus or fetuses implant inside the uterus. The placenta is eventually formed for the development of the embryo into a baby. Therefore, intrauterine pregnancy is defined as a gestational sac that contains a fetal pole or yolk sac. During this type of pregnancy, the baby can experience an intrauterine growth restriction (IUGR). IUGR occurs when the fetus does not grow as to what is usually expected. IUGR can occur in two types, symmetrical and asymmetrical. When the parts of the body of the baby are similar is referred to as symmetrical. Asymmetrical is when the size of the baby’s head and brain are normal, and the other body is small.

Causes and Treatment of IUGR

IUGR occurs when the fetus does not get the required nourishment and nutrients. In addition, IUGR occurs when there is a problem with the flow of blood in the umbilical cord that links the baby to the placenta. The causes of this growth restriction can be drinking alcohol, smoking, or use of drugs by a pregnant woman. Other causes may include high blood pressure, multiple pregnancies, medical conditions. Intrauterine growth restriction is diagnosed through uterine fundal height, where the doctor checks the baby’s growth by measuring the mother’s belly. In addition, it can be diagnosed by fetal monitoring heart rate and movements. Additionally, the treatment for IUGR depends on the period of the pregnancy. If the baby happens to have the issue, doctors help to manage the condition by ensuring the mother takes a healthy and nutritious diet.

Ectopic pregnancy arises when a fertilized egg gets implanted outside the main walls of the uterus, like the abdomen of the uterus. Ectopic commonly occurs in the fallopian tube. Ectopic occurs when the ovary fails to reach the uterus but instead implants in the fallopian tube. An ectopic pregnancy can lead to significant health risks such as internal bleeding. In addition, this type of pregnancy can occur simultaneously, which is termed heterotopic pregnancy. However, heterotopic conditions have been at a higher rate due to assisted reproductive technologies and in vitro fertilization.

Singlet pregnancy occurs when one sperm fertilizes one egg and forms one fetus.  A singlet is the most common type of pregnancy experienced by most women. However, unlike other types of pregnancy, singlet pregnancy causes very few symptoms. On the other hand, multiple pregnancies occur when multiple eggs get fertilized simultaneously or when two sperms enter one egg. Multiple pregnancies can also occur when the sperm fertilizes one egg and then it divides into two zygotes. For instance, if one egg splits into multiple zygotes, it will result in identical twins. Likewise, if two sperms fertilize an ovary, it will result in fraternal twins and in fraternal if more than one ovary is fertilized.

An abnormally fertilized egg generally causes molar pregnancy; there are two types, complete and partial molar pregnancies. Partial molar will transpire when two sperm fertilize a single egg but no development of two fetuses. A complete molar occurs when the placenta forms in the uterus without the fetus to support. These conditions mostly lead to spontaneous abortion because the fetus cannot develop safely due to complications.

Most molar pregnancies occur due to specific genetic problems when sperm fertilizes an egg, unlike a normal pregnancy where the placenta forms to support the embryo’s development; with a molar, a tumor forms inside the uterus instead of a placenta. A molar pregnancy occurs after a miscarriage, ectopic, or a successful pregnancy when the cells remain in the uterus; for instance, a fertilized egg implants outside the uterus in ectopic pregnancy. However, the common symptoms of molar include fetal movement, severe vomiting, extreme blood pressure, and vaginal bleeding within three months of pregnancy.

Molar pregnancy is diagnosed by obtaining an ultrasound of the uterus, which uses sound waves to develop a picture of the uterus. Additionally, it can be done through blood tests. Treatment and management of molar pregnancy involve using curettage and dilation with suction to remove all the abnormal tissues from the uterus. Another form of treatment includes the surgical removal of the entire uterus. However, there is no way to prevent molar, but you can reduce the likelihood of complications; molar pregnancies can decrease by avoiding another pregnancy for at least one year after the initial molar pregnancy.

Abdominal occurs when a fertilized egg implants on tissues or organs in the abdomen of a woman. For instance, abdominal pregnancy is extremely rare to occur but poses a significant health risk to both mother and the fetus when it happens. It can result in heavy internal bleeding if the placenta separates from the tissue or abdominal organ to which it is connected. In addition, abdominal complications prevent the fetus from receiving adequate nutrients and blood for the healthy growth of the fetus.

The signs and symptoms of the complication can initially be similar to those of a normal pregnancy, such as tiredness, occasional vomiting, and missed periods. Abdominal pregnancy can be diagnosed through blood tests to measure the human chorionic gonadotropin level to identify the problem. It can also be analyzed by using ultrasound and laparoscopy to confirm the diagnosis. In conclusion, all types of pregnancy have some common health problems such as obesity, weight gain, infections, and hypertension.