Diabetes: The Effects of Diabetes on Your Overall Health 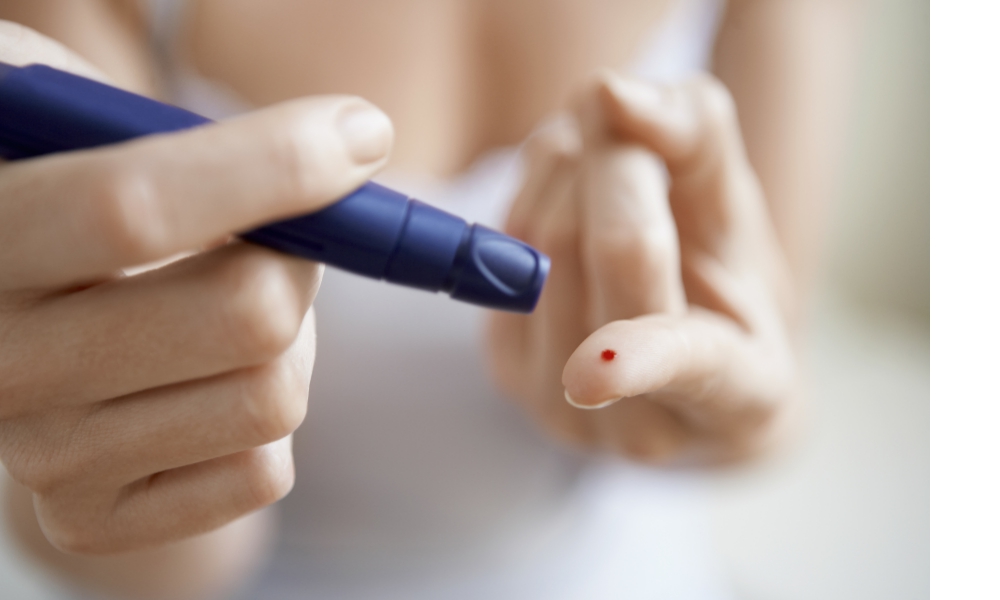 Based on the world health organization (WHO), diabetes is a chronic disease that occurs under two circumstances. First, experts explain that diabetes occurs when the human pancreas fails to generate enough insulin. Secondly, it can also happen when the human body cannot efficiently use its insulin. Biologically, insulin is a hormone in the human body responsible for regulating blood sugar. Therefore, when the body fails to use it or ineffectively uses it, individuals develop hyperglycemia, or high blood sugar, which is a common effect of untreated diabetes and, eventually, results in severe complications to the body systems; the blood vessels, and the nerves. In addition, healthcare professionals have warned that having excessive glucose in the body is likely to lead to comorbidity; therefore, since diabetes has no cure, it is recommended to follow steps outlined by healthcare professionals to stay out of the dangers of this disease.

Also, based on the report from WHO, 8.5% of people aged 18 years and above exhibited cases of diabetes in 2014. Exceedingly, in 2019, the disease resulted in the death of nearly 1.5 million. Between 2002 and 2016, the United States recorded a 5% increase in premature deaths from diabetes. However, in many other high-income global countries like the United States, the early mortality rates from diabetes recorded a tremendous decrease between 2002 and 2010. The situation recorded a slight shift from 2010 to 2016 when increased diabetes-related deaths were witnessed. But in developing nations, premature deaths from diabetes recorded an increase all through the periods.

Diabetes is a highly predominant disease in the United States today. Based on the National Institute of Diabetes and Digestive and Kidney Diseases statistics, 30.3 million people in the US were recorded to have diabetes as of 2015. The number represents 9.4% of the total population. The institution also reported that more than 1 in every four people who reported having this disease never knew they had it. Furthermore, among people aged 65 and older, every 1 in 4 are affected or likely to be affected by diabetes. And lastly, the institution records that nearly 95% of diabetes cases among adults are type 2 diabetes.

The predominant types of diabetes people suffer from in their daily lives are type 1, type 2, and gestational diabetes. In addition, various sub-types of diabetes such as the monogenic diabetes, and cystic fibrosis-related diabetes exist.

Also known as juvenile diabetes, type 1 diabetes is a chronic disorder where the pancreas generates very minimal insulin. Insulin undertakes the role of allowing sugar to move to the body cells hence  generating energy; thus, with little or no insulin, body cells find it difficult to produce the required energy. When the body is incapable of making insulin, especially when the immune system attack and terminate the pancreas’ cells. Type 1 diabetes is commonly a diagnosis in youths and adults; however, it can also be experienced in any age group. Doctors recommend that individuals diagnosed with type 1 diabetes should take insulin daily to lead a healthy and normal life.

Despite the extensive research done on this type of diabetes, it still has no cure; therefore, treatment only dwells on good blood sugar levels with lifestyle, diet, and insulin to avoid further complications. Unfortunately, since there is no insulin in the body to let glucose to the body cells, sugar levels build up in the bloodstream leading to hyperglycemia or high blood sugar or glycosuria (excess of sugar in the urine). The main risk factors of this type of diabetes include family history, environment, age, and genetic.

Type 2 diabetes exhibits when the human body fails to make or use the produced insulin effectively. It can develop at any age, both at a young age and adult age; however, recent studies confirm that it primarily occurs in the middle-aged and elderly. This type of diabetes can be an acute or a chronic disease since it hinders how the human body manages and uses glucose as energy. Type 2 diabetes is a condition that leads to excess sugar moving into the bloodstream.

People with type 2 diabetes exhibit two interrelated problems; their pancreas does not produce enough insulin. As a result, the hormone regulating the movement of sugar into the body cells responds poorly to the insulin (insulin resistant). Type 2 diabetes is best known as adult-onset, is also predominant in children with obesity. Like many other types of diabetes, this condition can be managed through  therapeutic lifestyle changes (TLC) such as balanced diet and regular exercise. However, if measures such as a balanced diet and regular exercise are not sufficient, patients are encouraged to use oral medications or insulin therapy.

Healthcare professionals use various medications and treatments to prevent individuals from the complications of diabetes such as renal disease and loss of vision. The typical treatment methods involve regular exercise, lifestyle changes, and a balanced diet. Other use medications that are either given by mouth while others are offered through injection.

The primary treatment criteria for this type of diabetes is insulin. Insulin helps replace the hormone that the body cannot produce. Different doctors use different insulin depending on how fast they may start to function, and the period their effects may take. The varying types of insulin used involve:

Eating balanced diet as recommended by healthcare professionals and regular exercise as the primary treatment of type 2 diabetes. In addition, individuals with this disease need therapeutic lifestyle changes to adequately manage and control this disease. However, if therapeutic lifestyle changes aren’t enough to lower the blood sugar level, the following drugs are recommended under the supervision of a clinician.

During pregnancy, women are advised to give a close monitor of their blood sugar levels. If they realize its high, they are advised to embark on dietary changes and exercise as the first steps to regulate it. However, research studies indicate that approximately 10 to 20% of women with gestation diabetes will require insulin to regulate their blood sugar levels; however, Insulin is considered safe for pregnant women and their unborn babies..

They are primarily prescribed for individuals with type 2 diabetes since it works by inhibiting the production of glucose by the liver; thereby decreasing blood sugar and improving weight loss.

SGLT2 inhibitors are a newly introduced drug that lowers glucose levels in the human bloodstream. Their mechanism of action is by reducing the quantity of glucose reabsorbed by the kidneys thereby reducing sugar in the bloodstream; and are best prescribed for individuals who are unwilling to use insulin. GLP-1 receptor agonists mechanism of action is by stimulating the release of glucose-dependent insulin from the pancreas; in addition, gastric emptying is slowed down, and unnecessary after-meal production of glucagon is inhibited. Also, satiety is increased, appetite is lowered, blood sugar controlled, and weight loss improved.