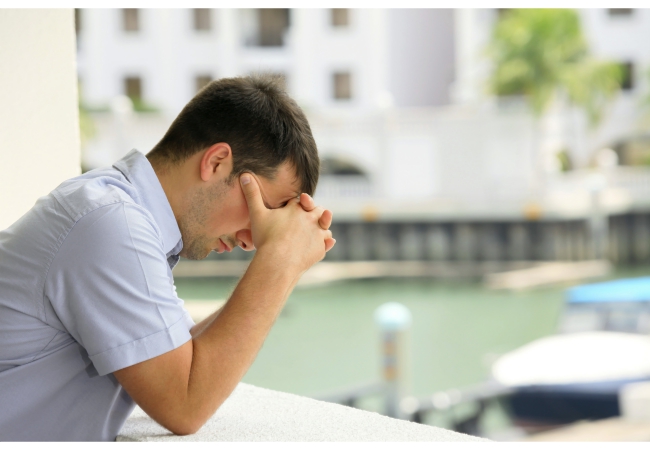 Health complications are a significant issue globally. Some of the complications are chronic, while others are infectious. Chronic diseases are those that last for more than one year, and patients require ongoing treatment. Infectious disorders can be transmitted among patients, and they spread rapidly. In the modern world, men are mainly affected by chronic non-infectious diseases that are products of their lifestyles. The lifestyle risks factors include a sedentary life, red-meat-based nutrition, lack of physical exercise, smoking, and excessive alcohol intake. Based on the fatality rates associated with the diseases and admission rates in the hospitals, heart disease, unintentional injuries, cancer, stroke, and chronic lower respiratory disease account for most deaths among men in the United States.

Heart disease, to start with, is a conglomerate of several heart-related health complications. For instance, the situation could be defined by one having coronary artery disease and heart attack, both being among the most prevalent heart-related health conditions. Moreover, heart disease is the prime causative agent of mortality in men in the US. Justifiably, it has been reported that one of them must be related to heart disease in every four deaths. Most significantly to note is that it affects men across the racial divide and has a more significant prevalence among whites than the other racial groups in the country.

On the same note, cancer disease is yet another health issue that is affecting men. There are several cancer-related concerns among men, with prostate cancer being among the most common among American men. The information available on the disease argues that men above the age of 65 years are the most susceptible to the health disease. Additionally, African American and Caribbean men are more prone to the disease than white men. More to the above, unintentional injuries are yet some more causes of death amongst American men. The condition comes next after heart disease, stroke, chronic respiratory disease, and cancer. Being unintentional implies accidents that happen without any intentional instigator; the condition considered among the leading causes of deaths among men is that they are the gender that engages in technical and dangerous undertakings. Such include construction works and mining, among other technical and manual jobs that require intense human and machine usage.

More to the above, chronic lower respiratory disease is yet another health issue that significantly affects men. It is a rather severe illness affecting millions of people in the United States and worldwide. It is too a conglomerate of several diseases, including chronic bronchitis, asthma, and emphysema. The three strains of the disease are characterized by shortness of breath associated with the blockage of the airway. The condition is troublesome, citing the importance of the constant and free airflow into the lungs. Additionally, stroke is also another disease that causes deaths among men in the United States, is associated with equally the number of deaths caused by prostate cancer.

Heart disease is associated with the build-up of fatty layers around the heart, making the heart strain a lot in its pumping of the blood. Eventually, if the state worsens, the heart fails, resulting in a health complication that amounts to heart disease. Other causes of the same situation include unhealthy lifestyles, smoking, and lack of exercise, amongst different situations. On the other hand, cancer is not profoundly defined concerning its cause; it is generally believed that all men are at risk of getting it, for instance, prostate cancer. Unintentional injuries, as initially mentioned, are accidental incidences that happen in the ordinary course of action while people are in their daily dealings. The causes of the health concern would be said ignorance as manifested by some workmen failing to wear protective gears and failure to install defensive structures. Two main issues finally cause a stroke. One of them is the blockage of an artery, and the other is either leaking or a burst artery.

As initially mentioned, heart disease is related to a lifestyle that makes the functioning of the heart and the general circulatory system a challenge. Such lifestyles include smoking or even lack of exercise, among others. The way to manage the situation thus is to engage in activity and avoid all the substances that can hurt the heart and the circulatory system at large. However, treatment of the disease proves to be effective in improving the condition and making the heart stronger; to achieve this, doctors prescribe certain medications, for instance, angiotensin-converting enzyme inhibitors (ACEIs) which are drugs used to help people with heart failure. They could also recommend diuretics, which help reduce the collecting of fluids in the body and in the lungs to ease up the process of respiration. Heart surgery is also part of the medications that could be offered to the heart and the circulatory system to address heart disease.

The disease, as commonly understood, is the presence of cancerous cells that keep on multiplying, making the lives of the patients unbearable due to pain. The way to manage it in men and be specific in response to prostate cancer is to administer androgen deprivation therapy, which helps slow down the development of prostate cancer. The way to distribute is through injections, tablets, or even surgery but in combination with radiotherapy. If the cancer advances, further attention, which is the treatment, is needed. In that case, a patient is expected to undertake chemotherapy, androgen deprivation therapy (ADT), born therapies, and newer drugs that have passed the efficiency test.

It is an affliction or damage that results from an accident; it is not deliberate and can be unexpected events, such as a car crash, accidental discharge of a bullet from a firearm. Therefore, the way to manage the situation is to ensure that all protective measures are put in place so that people in whichever surrounding stay safe and comfortable. However, the incidence should be treated as an emergency, and the proper mediation administered depending on the injury sustained.

Chronic bronchitis is one of the complications under the regular lower respiratory, and the way to manage it includes quitting some of the behaviors that contribute to its development. Such include quitting smoking and taking the medicine that helps in reducing the development of the disease. Its treatment could consist of bronchodilator medications which are inhaled as aerosols or even taken orally. Its impact is to relieve the pain of the condition by opening the air passages in the lungs. One could also consider taking antibiotics that help fight respiratory infections. Another condition under CLRD is asthma. The way to manage the asthmatic condition is by using rescue inhalers which are considered helpful in opening the nostrils or simply the air passages to flow easily to the lungs. Finally, lifelong administration of inhaled corticosteroids is a reliable treatment of the disease as it helps manage the condition effectively.

The available research indicates that understanding one’s risk factors for stroke is essential in understanding how to take care of oneself concerning the danger of getting a stroke. In the management of the disease, there is one technique: the use of preventive medication. Under this approach, a doctor may prescribe antiplatelet drugs, which help prevent clotting of the blood and, in effect helping in managing the possibility of experiencing a stroke. In addition, a doctor could also prescribe anticoagulant drugs that help reduce the likelihood of blood clotting, which hinders the flow of blood smoothly and effectively to the brain.

Heart diseases, cancer, unintentional injuries, stroke, and chronic lower respiratory disease are non-communicable disorders affecting men based on their lifestyle choices. For example, males can avoid diseases by exercising regularly, taking a balanced diet, reducing their alcohol intake, and quitting smoking. They can also boost their longevity by going for regular clinic check-ups, especially for seniors who are 60 years and older. Cancer, for example, is treatable if detected early enough. Also, for heart diseases, different factors can predict the likelihood of developing specific complications. Measuring one’s cholesterol levels can, for instance, predict heart disorder, and a patient can take the necessary steps to prevent the complication.